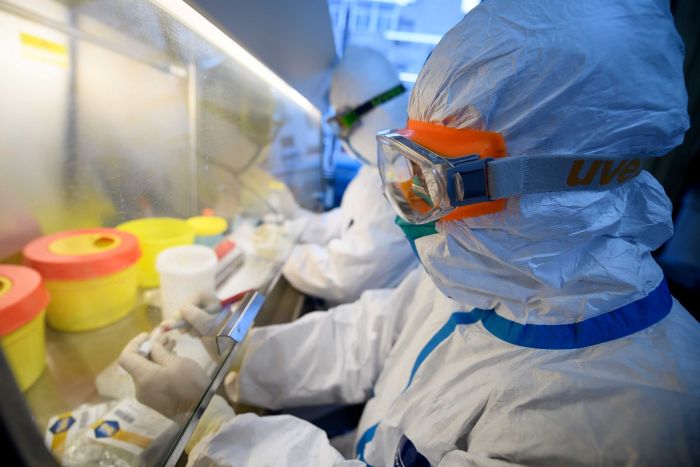 Two strains of coronavirus have emerged, researchers claim, but not all experts are convinced

The new coronavirus has two distinct strains — and it is possible to be infected with both at the same time, a new research paper says.

A joint study by researchers from multiple Chinese universities, which has been accepted by the National Science Review, looked at 103 genomes of SARS-CoV-2 and found the virus had evolved into two separate strains, known as "S" and "L".The "S" type is older and seems to be milder, while the newer, more prevalent "L" type is more aggressive.Viruses are known for constantly mutating — in fact, these mutations are so rapid that scientists can use them to trace where in the world patients might have picked up the virus — but the authors of this study say the two types are so distinct they are classed into two strains.What is more, it seems to be possible to be infected with both at the same time. A male patient on the Gold Coast "might have been infected by at least two different strains", the authors of the research paper wrote.

Having two strains of virus at once would not necessarily mean the patient is twice as sick, said Norman Swan from ABC's Health Report and Coronacast."But we may well get to the point where — if this is right, and replicable in other settings, and that's a big if — you could test for either version, and if you've got the 'L' we want to be a bit more careful about you than if you have the 'S'."

The study also looked at the evolution of SARS-CoV-2 and other related coronaviruses in an attempt to figure out which animal the virus evolved through before it got to humans.

It was well accepted that the virus originated in bats, Dr Swan said, but some studies had suggested it came to humans via pangolins. This new study casts doubt on that.

Your questions on coronavirus answered

Not all in the field are convinced by the new paper's findings, saying the researchers are overreaching.Given that the amount of data available on the new virus is still small, researchers need to be cautious that they're not over-analysing, wrote Oscar Maclean from the University of Glasgow on virology discussion forum Virological."Two of the key claims made by this paper appear to have been reached by misunderstanding and over-interpretation of the SARS-CoV-2 data, with an additional analysis suffering from methodological limitations," Dr Maclean wrote.

What scientists and the latest studies telling us about COVID-19 Omicron variant
December 13, 2021
What is sleep apnea ? and how do you know if you have sleep apnea?
October 13, 2021
How to Stay healthy mentally and physically during this COVID-19 lockdown
August 23, 2021
Covid-19 Vaccine rollout in Australia
August 9, 2021